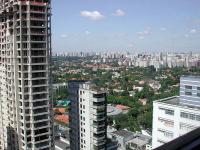 São Paulo, Brazil’s largest city as well as one of the largest cities in the world, is home to almost 11 percent of Brazil’s population and more ethnic communities than any other city in the region. It has some interesting markets (such as the Hippie Market in the Praça da República) and a snake farm at Butantã, where much of the world’s serum used to be produced.