Here are brief resumés of the trip scholars who have, or will be accompanying our specialist group tours for alumni of Oxford and Cambridge Universities. 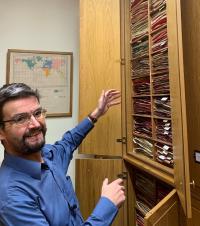 Professor Stephen Harris is Druce Curator of the Oxford University Herbaria, Britain’s oldest collection of dried plants. Stephen is a lecturer at Christ Church and University Research Lecturer, contributing to courses in plant conservation biology, plant biodiversity and field biology. His research is concerned with our interactions with plants; how we modify plant evolution. Stephen has considerable fieldwork experience, particularly in Brazil. He also has long-standing interests in the history of botany and collections, and plant identification. Besides his academic publications, Stephen has co-authored one genetics textbook and written three popular books on botanical history and plant illustration: The Magnificent Flora Graeca (2007), Commentary on Thornton’s Temple of Flora (2008) and Planting Paradis, Plants in cultivation (1501–1900) (2011). Stephen’s popular science publication, Grasses (2014), reveals the science and cultural history of this overlooked group of plants. 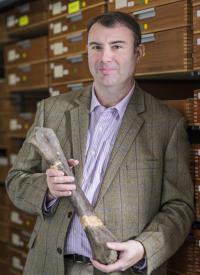 Professor Paul Barrett is the Natural History Museum’s senior dinosaur specialist. He joined the museum in 2003 following academic appointments at the Universities of Cambridge and Oxford and is a world-leading expert on the evolution and biology of dinosaurs and other extinct reptiles. His main areas of interest are in the biology of plant-eating dinosaurs and in large-scale evolutionary processes, such as the influence of climate on evolution. During the course of this work he has travelled extensively, working on museum collections and conducting fieldwork around the world. He has visited many of the major dinosaur collections in Argentina and is currently collaborating with local colleagues on aspects of early dinosaur evolution. He has published over 200 scientific papers and books and has received various professional awards, including the President’s Medal of the Palaeontological Association. In addition to his scientific work, Professor Barrett is an enthusiastic science communicator and a frequent contributor to dinosaur-related news items in the UK and international media. 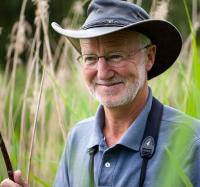 Nick Davies is Professor of Behavioural Ecology in the Department of Zoology at Cambridge University, and a Fellow of Pembroke College. He is also a Fellow of the Royal Society. His research on cuckoos and bird mating systems has been featured as a BBC TV Natural World film and on BBC Radio 4, where he was a guest in the series "A life scientific". He has lectured on ten previous Alumni trips (to Ecuador and the Galapagos, Costa Rica and Madagascar).

His 2015 book “Cuckoo, cheating by Nature” was called a “terrific read” by the Independent, while Sir David Attenborough said:

“This amazing detective story by one of the country's greatest field naturalists is also a fascinating study that solves many of the puzzles surrounding this most extraordinary bird.”

Listen to him live here: www.youtube.com/watch?v=Md0HRq5ngrI 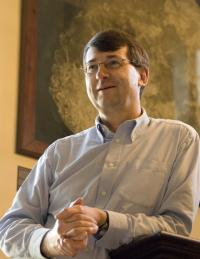 Professor Roger Davies is the Philip Wetton Professor and Director of the Hintze Centre for Astrophysical Surveys at the University of Oxford.

He grew up in North Lincolnshire and read Physics at University College London. He started research working on galaxy dynamics in Cambridge in the 1970s after which he moved to California before spending 6 years on the staff of the US National Observatory in Tucson, Arizona. As part of the “7 Samurai” team he worked out a new way of measuring the distances to galaxies and discovered the “Great Attractor”, a huge concentration of galaxy clusters in the southern sky. He moved to Oxford in 1988 to lead the UK's participation in the construction of the 8m Gemini telescopes in Hawaii and Chile. In 1994 he took up the post of Professor of Astronomy at Durham University returning to Oxford in 2002 where he was Chairman of the Physics Department and then Head of Astrophysics. He is the founding Director of the Hintze Centre for Astrophysical Surveys. He was elected President of the European Astronomical Society in 2017. 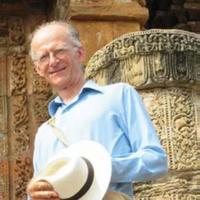 He has worked on the archaeology and history of indigenous American traditions, including Inca imperialism, throughout his career. He sees this itinerary, which includes several fascinating pre-Inca sites not normally visited on a trip to Peru, as an opportunity to explore and assess the history of the region’s inhabitants and their relationship with the landscape over the millennia. Dr James, a veteran of Latin American tours, will give a series of short and informal lectures during the trip and be on hand to highlight and discuss the latest research both in his department at Cambridge and on the areas visited. 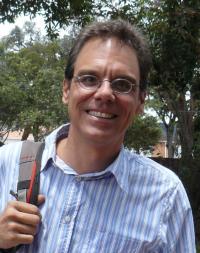 Alex Herrera knows all of Colombia’s archaeological parks and is well acquainted with the cultures and history of the broader region. He regularly leads study trips, directs research on collections, and brings together artists and scholars at specialist meetings.

A Cambridge graduate, he specialises in the prehistory of the central Andes region from a socio-ecologic perspective, having conducted field research in Bolivia, Peru and Colombia. He is currently writing Water Ancestors and Memory, a summary of 15 years’ work on the technical and symbolic dimensions of water management. He has also been working to apply knowledge derived from ancient techniques to rural development today. Alex is an engaging and inspiring guide to fascinating and little-visited cultures and regions. 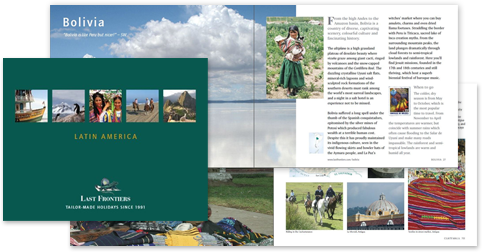 We publish (and give all our clients) our very own hardback Guide to Latin America, 176 pages of lovely images, sensible ideas and hopefully more than a little inspiration! If you have not travelled with us but would like a copy it is available on Amazon.co.uk. We will refund the cost if you book a Last Frontiers holiday!