Colombia is an entrancing country of superb beaches and mountains, emerald rainforest, historic sites and the world’s best coffee.

The romantic walled city of Cartagena, with its colonial buildings and narrow cobbled streets, is beautifully situated beside the Caribbean. It was immortalised by Gabriel Garcia Marquez in his novel Love in the Time of Cholera and is just as magical today. Literature lovers can plan their trip to coincide with the De Indias festival, organised in partnership with Hay-on-Wye!

A little further east is Santa Marta, famous for its lovely bay, coral reefs, Simón Bolívar’s mausoleum, and the oldest house in the Americas. It’s also the access point for nearby Tayrona National Park, in the shadow of the snow-capped peaks of the Sierra Nevada and a varied haven for wildlife, with dense jungle and sandy beaches where turtles come to lay their eggs.

The capital Bogotá, built on a high Andean plateau, has an attractive colonial quarter, with fine museums and art galleries. Nightlife pulses with rumba, salsa and cumbia rhythms. By contrast Medellín is a modern metropolis with lively street markets, fascinating museums, a renowned flower festival and a delightful climate. Between the two is the Magdalena valley and Colombia’s coffee region, where a stay at a traditional hacienda provides yet another dimension on a visit to this friendly and welcoming country.

Here are some of our Colombia highlights

Tayrona National Park, on Colombia's Caribbean coast is home to some of the world's most remote and enchanting beaches. At the foot of the Sierra Nevada, the park has many opportunities to hike, swim, snorkel or simply relax. 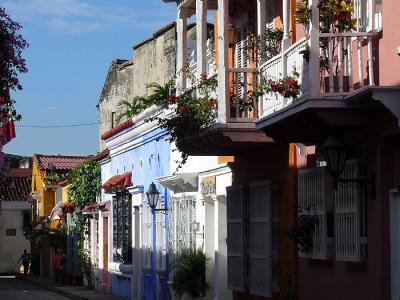 Cartagena de las Indias is Colombia's most visited tourist destination, and deservedly so. This beautiful coastal city has an impressive 19km of well-preserved colonial city walls and the maze-like cobbled streets of its old town are a joy to explore. 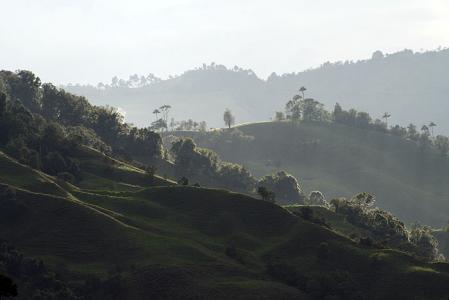 Considered by many travellers to be the most beautiful area of the country, Colombia's coffee region is awash with natural beauty, fantastic trekking opportunites, charming, laid-back towns and villages and distinctive cuisine.

We had a great holiday in Colombia and I’ve already recommended Last Frontiers to a couple of friends in the early stages of planning a trip to Galapagos. The service provided by you right from the start was exceptional.

When to go to Colombia

The climate largely depends on altitude, since Colombia lies between the Equator and 12 degrees north. The dry season (December to June) is known as 'summer', and the rainy season as 'winter', although rainfall never lasts long and is usually a welcome relief in the hotter areas.

None mandatory, but yellow fever and tetanus recommended for lowland areas.

Not required for most nationalities for stays of up to 60 days.

The currency is the Colombian Peso. Exchange rates vary quite widely.

International dialing code for Colombia is +57.

The official language is Spanish. English is also spoken in the islands of San Andrés and Providencia, and many Indian communities have their own languages.

Driving is on the right, and road signs are few and far between.