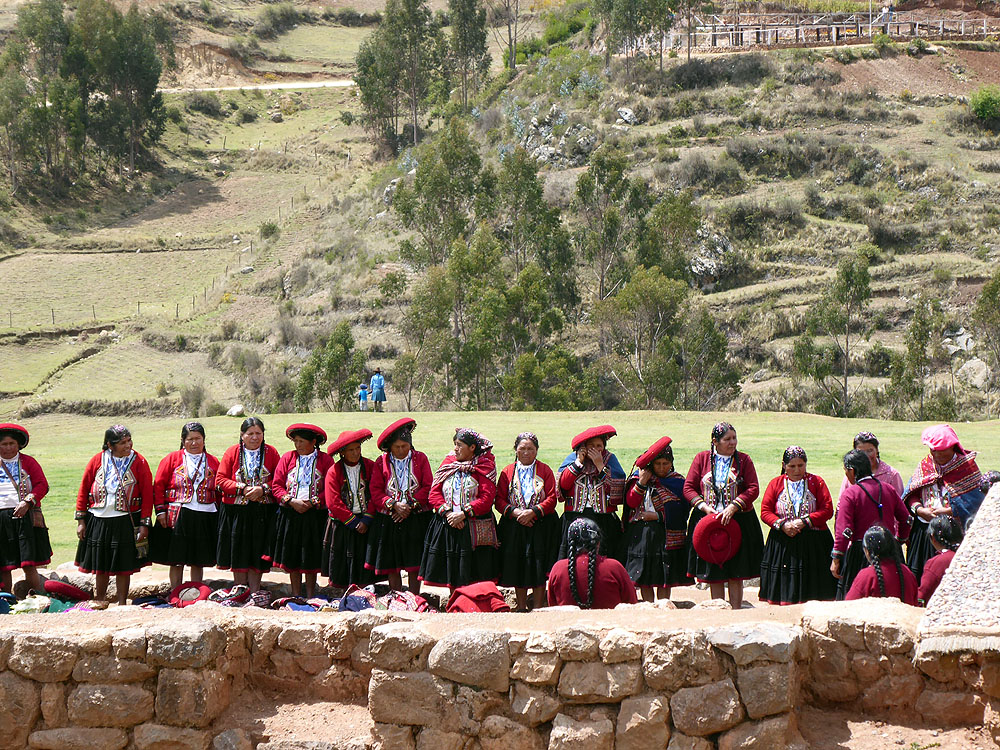 A beautiful hike centered around the fascinating culture of Peru. Explore the charming towns and stunning valleys, and discover seldom-visited archaeological sites on this 55km, 4 night adventure. It is a wonderful option for families or those seeking a culturally-rich experience.

A trip briefing with the guide and fellow hikers is held at the hotel in Cusco. We would recommend spending a few nights in Cusco prior to this, to acclimatise to the high altitude and prepare for the days ahead.

Depart Cusco by road and transfer (2 hours) to the small village of Totora, surrounded by the lush green fields of the Sacred Valley. The trek begins by following an ancient Inca Trail into a narrow canyon, where Inca tombs can be seen perched on the cliffs. Continue on, passing through remote rural communities before being met by a vehicle to transfer (1 hour) to the first camp, at Quishuarani.

Leaving the camp behind, climb out of the Quisuarani valley and hopefully meet some of the colourfully-dressed locals along the way. The trekking path borders the native tree reforestation project of ECOAN, a restored ecosystem that is home to several endemic birds, as well as Andean deer and vizcachas. Ascend towards the Huchayccasa pass (4,450m) which is the highest pass of the trek, and is dotted with turquoise blue lakes and towering peaks including the snow-capped Urubamba Mountains. Descend past llama herds and waterfalls to the ancient community of Cuncani, where a bus will be waiting to transfer guests to the camp at Chancachaca. The day will also include an optional visit to the Lares hot springs.

Today the hike begins with a gentle climb, before hitting a final steep section to reach the summit of Ipsaycocha pass (4,200m), which marks the border between the Lares and Patacancha Valleys. If weather permits, there will be spectacular views of Mount Veronica, the highest peak in the Urubamba mountain range standing at 5,860m above sea level. After lunch beside Ipsay lake, follow an ancient trail to Patacancha valley where the Lares trek ends and a bus will be waiting to transfer guests to the hotel (2 hours). 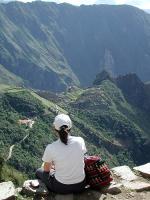 Take the train towards Aguas Calientes, disembarking at km104 to begin the 1 day Inca Trail to Machu Picchu, entering via the iconic Sun Gate. Visit the ruins at Chachabamba before gradually ascending through tropical cloud forest to the base of Wiñay Wayna, a ruin full of swallows and orchids. Continue to contour the hillside and eventually arrive at Inti Punku, the gateway of the Sun. Step through the old stone gateway to catch a first glimpse of the ancient citadel, Machu Picchu before catching the bus down to the lively town.

Take an early shuttle bus to the site, accompanied by a guide for a tour of the ancient city before it gets too busy. It is also possible to hike up Huayna Picchu or Machu Picchu Mountain (both at additional cost and must be reserved in advance).

In the afternoon take the train back to Ollantaytambo or Poroy station, and continue by vehicle back to Cusco.

For those looking for a more comfortable option, there is lodge-based option operated by Mountain Lodges of Peru that takes place in a similar area. See this article for more information: Jonny tests the Lares Adventure with MLP.

Follow this link to explore alternative trekking options in Peru: Walking in Peru.