skip to main content
You are here: Home » Articles » The Strait of Magellan: 500 Years 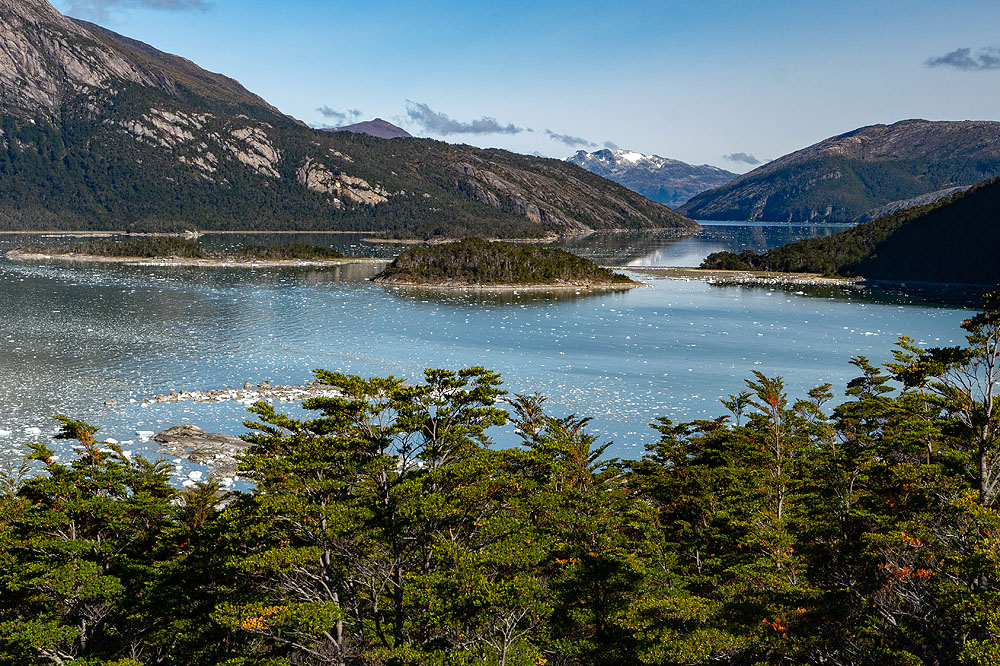 The Strait of Magellan: 500 Years

2019 and 2020 mark the quincentennial of the start of the first European circumnavigation of the globe. Portuguese explorer Ferdinand Magellan set sail from Spain on 20 September 1519 with a fleet of 5 ships, in the hope of finding a way to sail west to the Spice Islands, in what is modern-day Indonesia. Magellan never made it to the Spice Islands (he was killed by a poisoned arrow in the Philippines on 27 April 1521), but two of his ships did, and one of them, the Victoria, then continued sailing west until they reached Spain again on 8 September 1522, completing their circumnavigation of the globe. Just 18 of the original 270 crew members survived the 3-year voyage.

During this voyage, the fleet travelled a long way south, and spent some time following the Atlantic coast of South America, before coming across the Strait of Magellan, as it is now known. 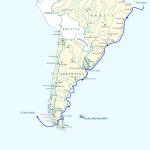 On 29 November 1519, Magellan and his fleet reached the area around Cape Saint Augustine (Recife), one of the eastern-most points in Brazil, from where they continued south, entering the bay of Rio de Janeiro on 13 December. They then reached the mouth of the River Plate on 10 January 1520, where today's cosmopolitan capital of Argentina, Buenos Aires, lies on one side, with the pretty colonial town of Colonia in neighbouring Uruguay on the other.

Continuing south, Magellan would have passed by what is now known as the Valdes Peninsula (just north of Trelew). Today, this is a popular area for whale-watching, as well as seeing penguins, sea lions and elephant seals; in Magellan’s time, it would have made the perfect hunting ground for the crew to stock up on fresh meat.

Puerto San Julián was Magellan’s next stop on his route south. The fleet arrived on 31 March 1520, and spent 5 months here, during which time there was a mutiny on board 3 of the ships; one captain died and another was executed; the ship Santiago was caught in a storm and wrecked while on a scouting mission; and they encountered the Patagonian Giants (who are thought to have been the indigenous Tehuelche people). Today, San Julián has an interesting museum and a replica ship, commemorating the fleet’s stay.

Departing San Julián towards the end of August, the fleet then arrived at Cabo Virgenes (Cape of Virgins) on 21 October 1520. As this was the feast day of Saint Ursula and the Eleven Thousand Virgins, he named it in their honour. 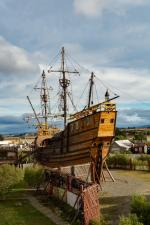 Replica of Magellan's ship, the Victoria, in the Nao museum, Punta Arenas

The Cape of Virgins marked the entry to what would, several years later, come to be known as the Strait of Magellan, a navigable sea route linking the Atlantic and Pacific Oceans, and separating mainland Chile from the islands of Tierra del Fuego. At the end of October, the San Antonio was sent on a scouting mission, but failed to return, instead fleeing and sailing back to Spain. The rest of the fleet entered the strait on 1 November (All Saint's Day), and so it was initially named Estrecho de Todos los Santos (Strait of All Saints) to reflect the date of discovery.

They journeyed through the 350 mile-long strait, which ranges from 2 miles to 20 miles wide at its narrowest and widest points respectively, passing the point where the port of Punta Arenas can now be found, and finally entered the Pacific Ocean on 28 November 1520, to continue their journey westwards, in search of the Spice Islands.

It is a common belief that Magellan was the first to discover the strait, however evidence suggests that he knew of a passage connecting the Atlantic and Pacific oceans before he set sail, and followed an old Chinese map in search of it. Indeed, it seems that the Chinese fleets may have mapped much of the world during their voyages between 1421 and 1423.

Following Magellan's voyage, the Strait soon became an important route for ships, despite it being notoriously difficult to navigate due to its numerous islands, channels, and bad weather. It remained a popular route until 1914, when the newly opened Panama Canal reduced the length of the passage between the Atlantic and the Pacific by several thousand miles.

It would be an arduous (and long) journey to retrace Magellan's footsteps from start to finish, so I would recommend doing a small portion at a time, either overland or on a ship, for example: