skip to main content
You are here: Home » Articles » The Wonder of Patagonia - Susan Wilkinson 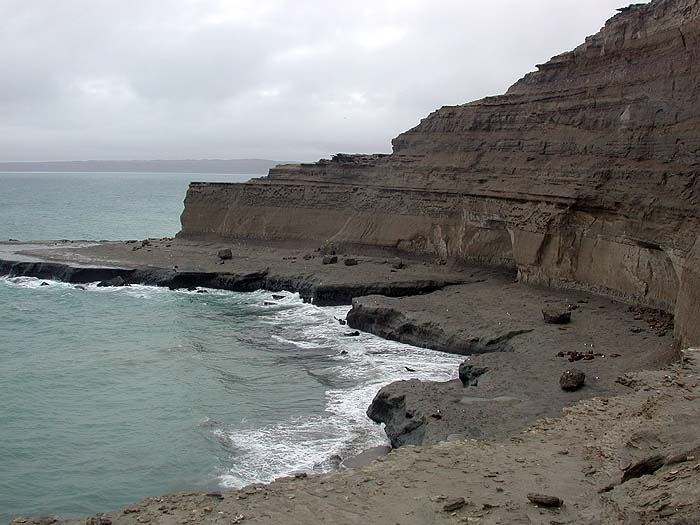 The Wonder of Patagonia - Susan Wilkinson

They say that whoever eats the bitter calafate fruit growing in Patagonia will always return.

The first time I visited Patagonia was ten or twelve years ago. I wanted to see for myself the place where the Welsh men, women and children who had sailed from Liverpool on the Mimosa had disembarked on July 28th, 1865.

It was in July when I too stood on the shore at Puerto Madryn. Far out in the bay, as if marking the spot where the Mimosa had anchored, a whale flipped its gigantic tail. Despite the brilliant blue sky the wind was bitterly cold. There was no shelter against the wind when the settlers arrived except for some rudimentary huts built that were without roofs until the Mimosa's berths had been dismantled and rowed to shore. Some of the children were ailing and would die in the first few weeks and many of the women were in various stages of pregnancy.

Leaving the windswept beach at Puerto Madryn and the whale cavorting in the bay, I took a local bus (Linea 28 de julio) to the town of Gaiman where I was being accommodated by Tegai Roberts and her sister Luned Roberts de González, ancestors of the colony's first leader, Lewis Jones. On either side of the road from Puerto Madryn an endless vista of thorn bushes, coated grey by the Patagonian dust and perpetually bent against the direction of the prevailing winds, extends for countless miles north, south and west. How had those first settlers survived in such a place and why had they stayed?

A few days after I arrived in Gaiman the annual celebration of Gwyl y Glaniad (The Celebration of the Landing) took place. On the morning of th 28th there was a service in Tabernacl Chapel in Trelew, conducted both in Welsh and Spanish with traditional Welsh hymns and choral works. A tall dignified dark-skinned man with long black hair and dressed in a red poncho walked to the front. He came, he explained in Spanish, representing los ancianos, the Tehuelche Indians who had befriended the Welsh. That friendship was never extended to any other "white" group and a Tehuelche cacique chose to be buried in Moriah, the Welsh cemetery in Rawson, rather than in the burial grounds of his people. Many in the congregation who remembered the stories of how their ancestors had survived only with the help of the Tehuelche dabbed their eyes.

In the afternoon Tegai's old Renault, its doors held to the main body by straps of leather in lieu of its hinges, rattled with a speed of a Ferrari to the Chubut valley where the first Welsh had settled on farms after trekking across the desert of thorn from Puerto Madryn. There, past the mill town of Dolavon, we went from chapel to chapel where tea with bara brith and torta galesa was served on long tables. People in hundreds came from the neighbouring towns as well as from the farms in the valley. Tegai and Luned seemed to know them all and who was related to whom.

As I watched the sun set over the tranquil valley at the end of that Gwyl y Glaniad more than a decade ago, the windbreaks of poplars etched black against the flame-red sky, I understood why the first Welsh settlers had come and why they had decided to stay. I knew, too, that I had eaten of the calafate fruit. A bond had been forged with this extraordinarily beautiful place of wind-crippled thorn and verdant valleys that would strengthen over time, and I knew that this would not be my last visit to Patagonia.

Susan Wilkinson is a writer living in Toronto and the great-great-niece of Dr. Thomas Greene, the doctor on the Mimosa. She has travelled several times to Patagonia, twice as an invited speaker. Her book on the story of the Mimosa is to be published by Y Lolfa with a grant from the Welsh Books Council.

An abridged version of this article was published in The Western Mail of Cardiff in April 2006.