skip to main content
You are here: Home » Articles » Jonny in Panama 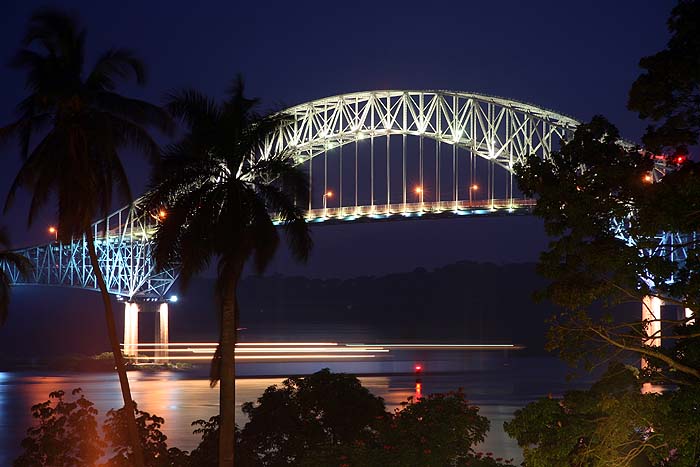 Is there more to Panama than the Canal? Jonny finds out.

"So what do you know about Panama?" asked Gus, my guide, as we drove from the airport into Panama City. I paused, racking my brains for names of famous Panamanian dignitaries, historical figures or at worst, footballers, but none came to mind. "You have a canal…" I sheepishly replied. "Okay, well at least you know that much," laughed Gus, "hopefully by the time you leave you will realise there is a lot more to this country than that big ditch".

The ever-growing skyline of Panama City

In May I spent four nights on a whistle-stop tour of Central America's most southerly country, Panama. I was excited to be back in Central America - I had spent some months backpacking around the area a number of years ago, but Panama was one country I didn’t have time to visit.

The main square in Casco Viejo.

My first stop was Panama City, and the adventures began as soon as I left the airport. The drive into the city takes you along the coast, past the skyscrapers of the capital’s financial district and into the cobbled streets and architectural delights of Casco Viejo, the city's 'old-town'. Casco Viejo translates literally as 'Old Compound' and staying there felt like stepping back in time - a strange mix of restored public buildings, churches, museums and plazas, some of which are in a greater need of repair than others. I stayed at the American Trade Hotel, perfectly positioned for exploring the area.

View over the bay from Casco Viejo.

I found the best way to explore the area was by foot, and I would highly recommend a visit to the Teatro Nacional and the Church and Convent of Santo Domingo, the latter being partially destroyed by a number of fires during the 18th century. Inside the convent is the Arco Chato, a 15 metre long flat arch. Legend has it that this was the reason Panama was chosen as the location for a canal linking the Atlantic and Pacific Oceans - the stability of the arch proved there were no earthquakes in the area!

Cannons at one of the forts surrounding Portobelo.

From Panama City I headed north across the isthmus to Portobelo, a sleepy gem on the Caribbean coast. The bay is steeped in history and once provided shelter for Christopher Columbus and was the departure point of Peruvian gold as it sailed to the new world. It was also a favourite destination of Sir Francis Drake, who regularly pillaged the area - although he did get his just desserts dying of dysentery here in 1596.

The bay is surrounded by hills and lush forests, with hidden fortifications which once protected the bay from aggressors such as Drake. Nowadays it is a far more sedate scene and the boats gently bobbing in the bay are much smaller than those you would have found in Columbus' time. Accommodation is rather limited in Portobelo, but you shouldn’t let that put you off, as the town's history, (which is remarkably well preserved) more than makes up for it.

A coffee finca in the highlands.

To the west of Panama and relatively close to the border with Costa Rica, (another fascinating country which can be combined with Panama) are the country's cooler highlands. The area is known for its cloud forests and coffee fincas, and is the perfect place to try mountain biking, rafting and walking. From the highlands, it is a steep descent down to the coast, where deserted islands and beautiful clear water await. The small town of Boca Chica is an ideal spot to stop; all kinds of activities can be organised here, from snorkelling and diving, to deep-sea fishing and surfing.

A container ship passes through the Canal.

I couldn't leave Panama without seeing the country's most famous attraction, or as Gus so poetically put it 'the big ditch'. The Canal celebrated its centenary in 2014 and although the structure and mechanisms remain virtually unchanged, nowadays there are many different ways to see this feat of engineering. One way is to take the Panama Canal Railway, which is still used by workers and runs through jungle alongside the Canal. I travelled from one side of the isthmus to the other, jumping off on the Caribbean side of the canal at Gatun locks.

A tug makes its way through the locks.

There is a viewpoint at Gatun and I watched in awe as the Panamax ships queued up on the horizon, passing through one by one. Afterwards I visited the building site of the new locks, a $5.2 billion expansion project which will allow even larger ships to pass through. Admittedly building sites aren't your classic tourist attraction, but it was impossible not to be impressed by the sheer size of the construction taking place. The new locks will have 16 gates in total, each weighing around 3,300 tonnes and will be large enough for boats carrying up to 14,000 containers to pass through. To put that in perspective, the current capacity is around 4,400 containers! You don't have to be an engineer to be impressed!

Although my time in Panama was short, each area felt so different - the beautiful deserted islands and secluded beaches around Boca Chica were a complete contrast to the hustle and bustle of Panama City and I left knowing there is far more to this country than the big ditch!