skip to main content
You are here: Home » Articles » Claire in Uruguay 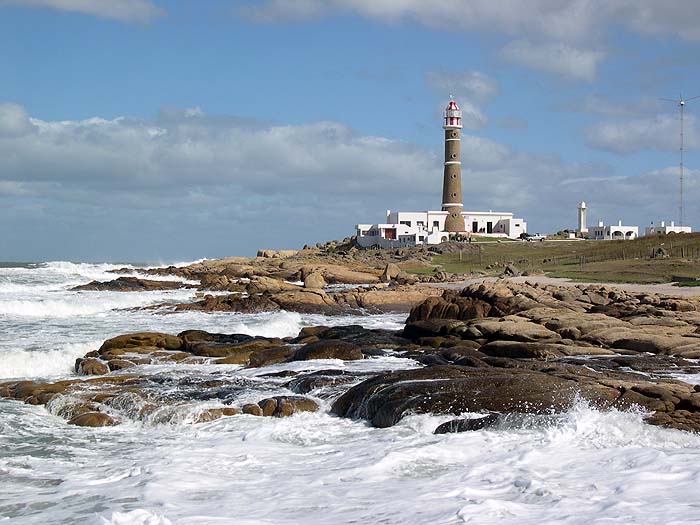 In late November I jumped at the chance to escape the cold for a week in South America’s second-smallest nation, Uruguay. In the shadows of neighbouring giants Argentina and Brazil, Uruguay’s more subtle charms are often overlooked but are nonetheless plentiful. I arrived just as the country was waking up for its incredibly short but busy sunshine season and it was the perfect time to experience the country in (for the most part) lovely weather without the level of crowds the following weeks receive.

From Montevideo airport I travelled straight out west to Carmelo on the shores of Río de la Plata (the river frontier dividing Argentina and Uruguay). This lovely spot is the perfect place to unwind – unspoiled wooded countryside and golden river-beaches. If good wine, good food and a good book are not enough to keep you entertained for a few days the area lends itself to a whole host of outdoor pursuits; riding, fishing and canoeing to name a few. Furthermore, the quaint town of Carmelo is set next to some of the country's best wine-producing regions – what better excuse to sample some of the delicious locally-produced Tannat, Uruguay’s signature wine!

Travelling back towards Montevideo, next stop was Colonia del Sacramento (some forty miles from Carmelo). The historic quarter, founded in 1680 by Manuel Lobo, the Portuguese governor of Rio de Janeiro, is a fascinating mixture of Colonial Spanish and Portuguese, two distinct architectural influences battling for space in the winding, cobbled streets of the old town. Grey skies and heavy showers put somewhat of a dampener on the first day, so I was very pleased to have a second morning and to find that the sunshine transformed the town into an utterly picturesque scene. Popular with day-trippers from Argentina, just thirty miles from the bustling Buenos Aires by ferry, Colonia is the absolute antithesis of the loud Argentine capital and somewhat like stepping back one hundred years in time.

Back in the nation’s capital and home to nearly half the country’s population, two nights in Montevideo was just enough time to explore and I found myself pleasantly surprised by the vibrancy of the city. The beach suburb of Punta Carretas provided a good base, just ten minutes’ walk from the Rambla and neighbouring Pocitos proved to be a very lively evening hangout. Top spots included Mercado del Puerto the bustling food market down by the port. At one time a train station (in a different location), the wrought-iron structure which houses the market was actually forged in Liverpool, almost all eateries inside (some sit-down, some stand and eat) – it is a meat-lover’s paradise! I was exceptionally moved by the newly opened Museo Andes 1972 – a museum dedicated to the terrible plane crash of 1972 – very tastefully done, by very passionate people.

Continuing east from Montevideo, I headed for the beach to end the trip. Whilst the entire week in Uruguay had been spent hugging the coastline it is not until around Punta del Este and beyond where you hit the open ocean and the country's real beaches. Despite its diminutive size, the country offers some of the continent’s best beaches, certainly putting anything Argentina has to offer to shame. Party town of Punta del Este is the summer destination of choice for Argentine jet-setters who are tempted in flocks by the white sand beaches and upscale nightlife (it is apparently the place to see in the New Year). If Punta’s brash, over-the-top image, bordering on the likes of Cancun, does not appeal, the more low-key, sophisticated fishing village of José Ignacio offers a stylish retreat. Nature lovers may wish to venture further east to Rocha where accommodation is more rustic but the beaches pristine and birdlife at Laguna de Rocha rich. La Paloma and the nearby town of La Pedrera offer some of the best surfing waves in Uruguay.

The absolute highlight of the trip was a hike from the small fishing village of Valizas to Cabo Polonio. The trek (although more of a long walk than a physically exhausting trek) starts with a short boat ride then walk over sand dunes and along the beach ending in Cabo Polonio. The second is another small fishing village but unique in that it has no electricity and a very carefree, bohemian vibe. The town is filled with small cafes and bars, people whiling away the afternoon in conversation. It is a short walk to the village lighthouse where I was greeted by an impressive sea lion colony soaking up the sun. There are no cars in Cabo Polonio and the way out is part of the adventure – monster 4x4 trucks to the main road.

I was utterly charmed by Uruguay, I think an effort would be required not to be. To say it is the Argentina that can be done in a week does not necessarily do it justice but carries some truth. The wide, open spaces, wonderful steaks, good wine, rural gaucho culture are certainly as present here as with their friends across the river plate - if you believe the rumours even the most prominent figure in tango, Carlos Gardel was born here. The friendliness, helpfulness and openess of the people was a constant delight. It is the perfect spot to hire a car and lazily explore.