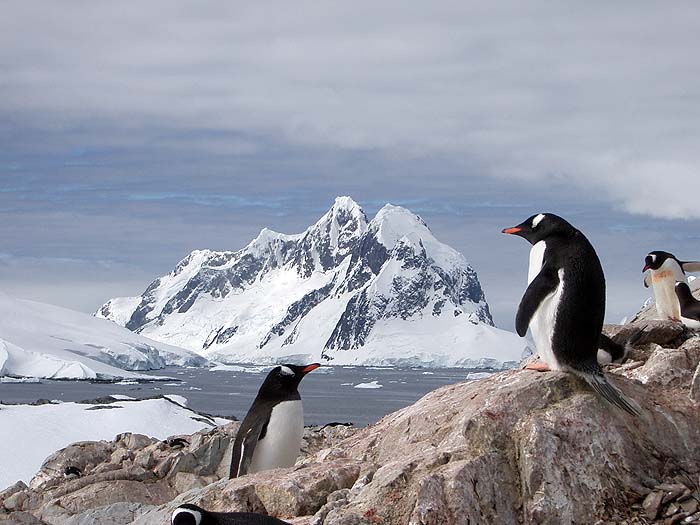 This is the classic introduction to Antarctica and is the minimum time necessary to both navigate to and fully appreciate the wonderful wildlife and breathtaking scenery of the far south. Most cruises are 9-11 days and include the principal visitor sites of the Antarctic peninsula and South Shetland Islands, with plenty of time for educational and illuminating lectures from naturalist expedition staff.

Cape Horn and the Drake Passage

Days 1-2: Embark the ship in Ushuaia and navigate along the Beagle Channel and past Cape Horn, before heading across the infamous Drake Passage and the Antarctic Convergence. Introductory lectures and slide presentations by the specialist expedition staff will help prepare for the days ahead. Along the way, there will be many spectacular sights, from icebergs to an array of seabirds.

Days 3-8: In the waterways of the Antarctic Peninsula, as much time as possible will be spent exploring by inflatable zodiac boats and on shore. Days begin early with occasional landings before breakfast and there will also be visits to research bases. The first landing is always an exciting experience as penguins peck at Wellington boots, while fur seals sit on the rocks and glare. Planned excursions might include Neko Harbour, Wilhelmina Bay and even the southerly Petermann Island, where several species of seal, skuas and other seabirds can be seen, plus an abundance of penguins, including some very large colonies of the Adélie penguin. Half Moon Island is home to a breeding colony of chinstrap penguins that share their territory with fur seals and blue-eyed shags. It may also be possible to see whales while cruising along. Sailing through Neptune’s Bellows requires skill from the captain; Deception Island is the site of the largest of three volcanic craters in the South Shetlands; and the thermal pools in Pendulum Cove make an interesting dip for those feeling brave!

Drift through crunching ice on a zodiac cruise in Paradise Bay, surrounded by snowy peaks and glaciers, while penguins float by on small icebergs. The reflections encountered while sailing through the Neumayer Channel bring everyone out on deck, and a zodiac trip around the huge tabular icebergs in Pleneau Bay gives a true understanding of the vastness of these huge blocks of ice.

Arrive on the continent of Antarctica at Paradise Harbour or Neko Harbour. The scenery is amazing, with oddly-shaped icebergs that look like sculptures and the huge tabular icebergs that break away from the continent’s ice shelf.

The Drake Passage and Ushuaia

Days 9-11: Bid farewell to Antarctica and head north back across the Drake Passage. Between bird and whale watching, final lectures and presentations will give reminders of the wonderful experiences and adventures of the past week. Arrive back in Ushuaia and disembark.

Activities and sites visited do vary slightly depending on the boat: some cruises operate in the opposite direction and they are all subject to change due to daily weather conditions. 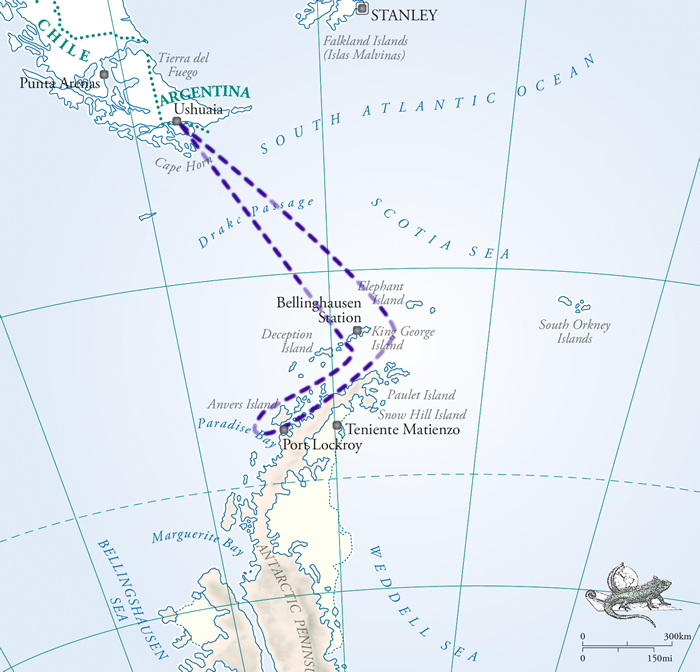 Prices are per person, based on two people sharing a cabin and depend on both vessel and cabin.

As a fully bonded and very experienced Tour Operator, we can help you plan and book your perfect trip to Antarctica.