You are here: Home » Panama » Sample itineraries » The Panama Railroad 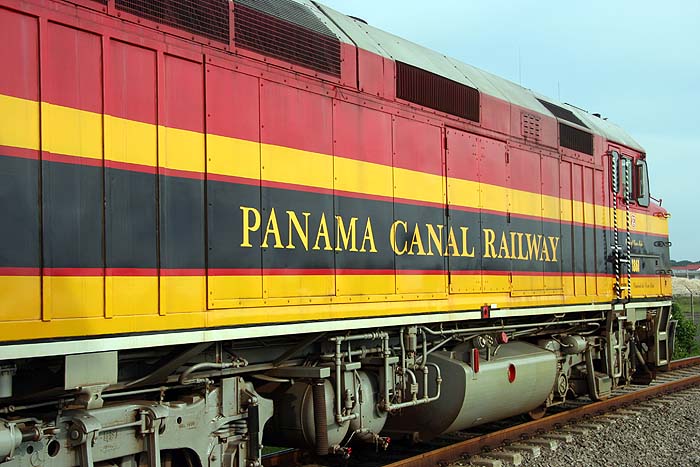 28 February-5 March 2023: This tour highlights the incredible endeavour that became the Panama railroad, accompanied by the author of the definitive reference work on the project. Explore all stages of the vital crossings of the Panama isthmus: the original mule track, Drake’s Portobelo, the 1856 railroad, and today’s iconic canal.

Update December 2022: sadly this tour has been cancelled.

For UK participants, the recommended route from London is via Madrid (with either Iberia or Air Europa) with day flights outbound and overnight flights home. For those wishing to add a visit to Costa Rica the non-stop British Airways flight to San José which operates from Gatwick on Tuesdays, Thursdays and Saturdays could be used.

The Panama Canal Zone, under US control from 1903 to 1999, is a 10 mile wide strip of land stretching from the Pacific to the Atlantic. With a range of ecosystems from coastal mangrove to tropical rainforest it protects a wide range of wildlife from monkeys to sloths and over 500 bird species.

The first 3 nights are based at the Summit Resort, set in extensive grounds adjacent to the Camino de Cruces National Park, 20 minutes from Panama City. Their golf course overlooks the Culebra Cut and the Panama Canal Railway passes through the grounds.

Admire the Miraflores locks and museum, where ships are lifted or lowered 16 metres through a double lock in a precision operation which can be viewed at close hand. Visit the railway station in Panama City (Pacific terminus of the railroad), and the ruins of Panama Viejo, looted and destroyed by the notorious English buccaneer Henry Morgan in 1671 and thereafter abandoned.  Hike through the Soberania National Park, where the famous Pipeline Road has set world record bird counts in a 24-hour period, with up to 367 species spotted. Take a boat trip on Lake Gatún, the largest man-made lake in the world at the time of its construction. Today, it is known for its unique biodiversity and wildlife includes three species of monkeys, sloths, alligators, turtles and of course hundreds of colourful birds.

Colón and the Caribbean coast

The province of Colón lies on Panama's north (Caribbean) coast. The capital, Colón City (originally Aspinwall), was founded in 1850 and is the country's main Atlantic port. The province is bordered in the west by the Chagres river, whose mouth is overlooked by the ruins of Fort San Lorenzo, built in the 16th century to protect Spain's lucrative trade and treasure route. North-east of Colón are the historic colonial ports of Portobelo and Nombre de Díos.

Visit the Agua Clara Visitor Center, adjacent to the largest set of locks, completed in 2019, where the Panama Canal enters the Caribbean. Drive to San Lorenzo Fort, built to protect the mouth of the Chagres river from marauding pirates, and then travel to Portobelo, the principal Caribbean port for the Spanish in the 15th and 16th centuries, when mule trains linked it with Panama Viejo on the Pacific side of the isthmus. Famously raided by Drake and other buccaneers, today the only signs of its past glory are the remains of several forts and gun batteries, surrounded by jungle on one side and the pretty bays of the Caribbean Sea on the other.

Finally, board the Panama Canal Railway Company train to Panama City, where the last 2 nights are spent at Central Hotel, facing the beautiful Plaza de la Independencia in the Casco Viejo.

Panama City combines modern: an important financial centre with a skyline similar to that of Singapore - with old: the cobbled colonial city of Casco Viejo.

Embark on a partial Panama Canal transit. There is a 27m difference between the Pacific entry point, and the end of the boat journey just east of the infamous Culebra Cut. The total distance travelled is around 30km, and highlights include Panama City’s skyline, the Centennial bridge, and of course the two sets of locks at Miraflores (18m vertical difference) and Pedro Miguel (9m).

Transfer (30 minutes) to Panama City airport for homeward or onward connections. Flights for the UK generally depart in the afternoon or evening and arrive the next day.

Prices start at £2,620 per person sharing a double/twin room, excluding international flights. Do contact us for availability, flight quotes, and booking conditions.

This tour is for alumni of Cambridge University or those with a close connection.

The outline presented here was accurate when produced in June 2022 but we may need to add or omit visits; alter the length of stay in each place; or change routings to make the best connections. We reserve the right to substitute the trip scholar if they are unable to travel for reasons outside our control. 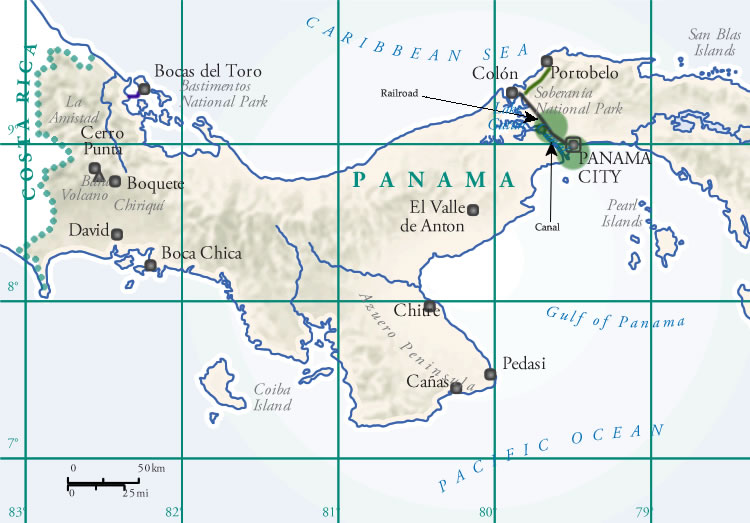 As a fully bonded and very experienced Tour Operator, we can help you plan and book your perfect trip to Panama.