You are here: Home » Argentina » Sample itineraries » Dinosaurs of Argentina 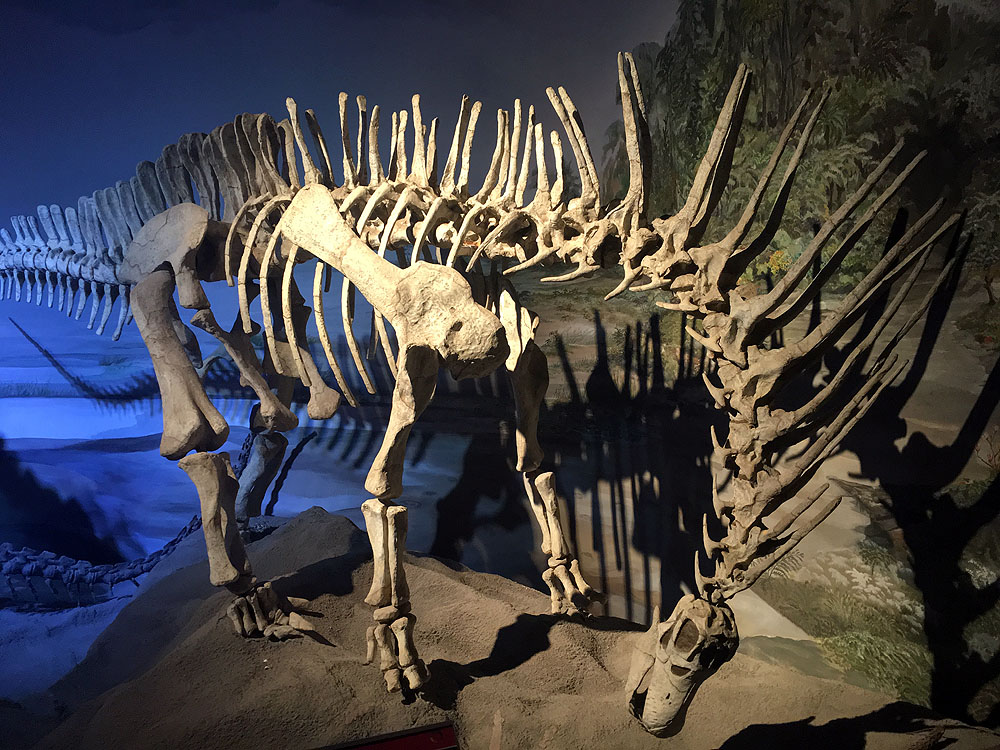 Tuesday 4 October 2022 - Arrival day (Buenos Aires): For UK participants, the recommended non-stop flight from London Heathrow with British Airways departs around 10pm on Monday 3 October and arrives in Buenos Aires on Tuesday around 9am. Other flights can be met on request.

Argentina's capital is a cosmopolitan city, often referred to as the Paris of South America, with fine hotels, shops, and colonial buildings. Different parts of the city have quite distinct flavours, from La Boca (where some of the oldest buildings are to be found, many brightly painted), Calle Florida for shopping, to the Plaza de Mayo with its 'Pink Palace', the president's residence, cathedral, and town hall. There are excellent restaurants specialising in asados (grills), theatres, galleries, tango houses, museums, and a beautiful opera house.

Spend 2 nights at the Hotel Loi Suites (in Recoleta), where there will be a welcome dinner and Professor Barrett will give an introductory talk.

A half day city tour including iconic buildings and monuments such as the Casa Rosada (presidential palace),  elegant Recoleta district (famous for its cemetery with ornate mausoleums including that of Eva Perón), and the colourful streets of La Boca.

Visit the Natural Sciences museum (MACN) for an introduction to Argentina’s dinosaurs and natural history.

San Juan and the West

San Juan province, on Argentina's western border with Chile, is a mountainous and arid region. Fertile valleys, watered by rivers from the Andes, produce grapes and olives, and mining is another important industry. Two national parks, Talampaya and Ischigualasco, are known both for their extraordinary lunar landscapes.

Fly west to San Juan, and drive to San Agustin del Valle Fertil for a 2 night stay at a simple lodge within reach of the national park.

Spend a day in the Ischigualasto Park, where Paul Barrett’s colleagues have discovered the world’s earliest dinosaur fossils (late Triassic). Return to San Juan for a 2 night stay. The attractive provincial capital is an oasis town, and excursions will include the interesting Natural Sciences Museum, and a visit to a local vineyard (San Juan is a wine-producing region with interesting grapes such as Bonarda and Torrontés).

Puerto Madryn and the Valdes Peninsula

Trelew is an important commercial and industrial centre. Welsh immigrants who arrived in the 1880's left their legacy in buildings around the city, and the highly-respected Egidio Feruglio Palaeontological museum (MEF) features exhibits on Patagonian dinosaurs. Puerto Madryn is the gateway to the Valdes Peninsula, best known for its wildlife, in particular the southern right whales.

Fly, via Buenos Aires, to Trelew, on the arid Atlantic coast. Drive 40 minutes north and stay for 3 nights at a comfortable hotel in Puerto Madryn overlooking Golfo Nuevo bay.

Planned excursions in this area include a behind-the-scenes visit to Trelew’s MEF Museum, whose exhibits focus on the flora and fauna of Patagonia and include the famous 40m Patagotitan. Researchers here were also key in the discovery of other titanosaurs such as Argentinosaurus.

A full day will be spent on the Valdes Peninsula, where wildlife usually seen at this time of year includes the Patagonian hare (mara), sea lions, elephant seals, Magellanic penguins, and the majestic southern right whales which come to the enormous sheltered bay to breed between May and December.

La Plata, on the banks of the River Plate is the attractive capital of Buenos Aires province. Founded in 1882, it was designed as a square with two diagonal avenues, a large central square and smaller parks every six blocks. The principal buildings were designed by international competition winners, and include a neo-Gothic cathedral, a Renaissance-style opera house, a university with an observatory and the highly-respected natural history museum which houses 3 million fossils.

Fly back to Buenos Aires and spend a final night in La Plata.

The fascinating La Plata Museum is one of the only places in the world with a wide collection of recently extinct megafauna unique to the Americas including the giant ground sloth (4 tonnes); 3m armadillo-like glyptodon; and argentavis magnificens, probably the largest flying birds ever to exist with a wingspan of maybe 6m.

Driven (2 hours) to Buenos Aires international airport for homeward or onward connections. A non-stop British Airways flight to the UK departs around 2pm, arriving at 7am on 15 October.

Prices start at £4,840 per person sharing a double/twin room, including internal but not international flights. Do contact us for availability, flight quotes, and booking conditions.

The outline presented here was accurate when produced in June 2020 but we may need to add or omit visits; alter the length of stay in each place; or change routings to make the best connections. We reserve the right to substitute the trip scholar if they are unable to travel for reasons outside our control. 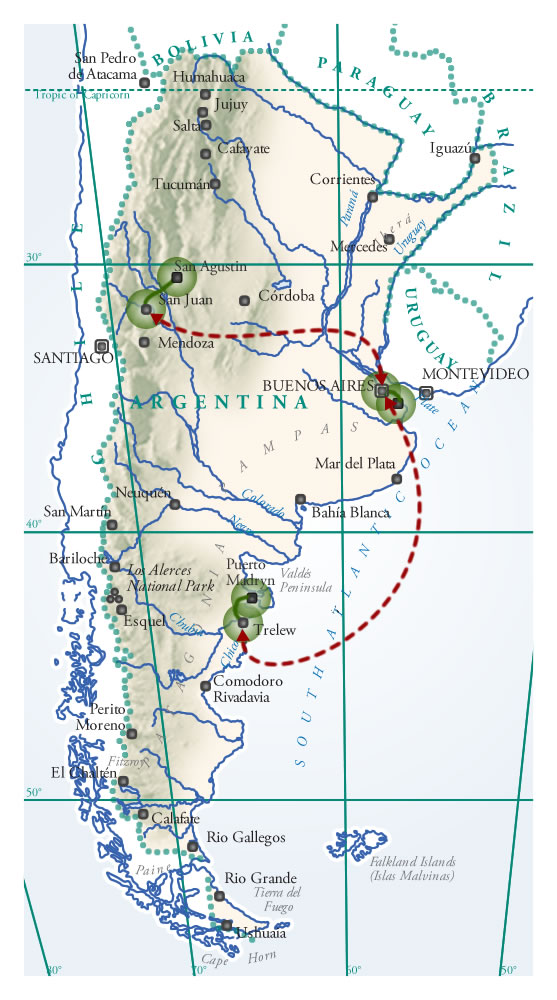